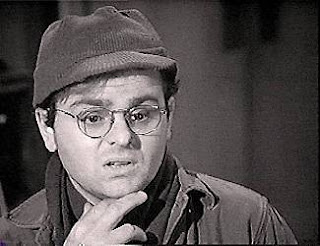 The Radar List is in need of updating. Some early seasons hopes have faded, and a few others have burned even brighter.

A point of clarification, if teams were expected to be pretty good, there is no need to document them here. We are looking for potential teams that might surprisingly be positioning themselves for at-large consideration.

VETERANS
--Miami-FL (8-0). Canes are still unblemished and are #2 in the RPI, although it is still early for that to mean much. Early wins over VCU and Providence look a little less stellar than first thought, and the overall non-conference slate is weaker than pond water. But, they travel to Mississippi State on Thursday, so that is a decent test. ACC play will tell us if the Canes are for real or this year's version of last year's Clemson.
--Rhode Island (10-1). The Rams are the first team to ten wins, and that includes wins over Providence and a win at Syracuse.
--Baylor (6-1). Bears have neutral wins over Wichita State, Notre Dame, and Winthrop. They did lose at home by three to Washington State, but a loss to the Cougars is no reason to fret.
--Miami-OH (4-3). They stay on because they have a winning record against an absolutely BRUTAL schedule. The RedHawks have beaten Xavier, South Alabama, Mississippi State, and Indiana State. They have lost to USC, Dayton, and Louisville, all by four points or less.
--St. Mary's (6-0). The Gaels are your current #1 RPI team. Wins over Drake, Oregon, Seton Hall, and San Diego State have them in great shape. They are at suddenly struggling Southern Illinois tomorrow night.
--Texas-Arlington (8-0). Oh, we've had our eye on The Other Dallas Mavericks for awhile now. Since the last Radar, they have went 4-0 including a win at Wichita State. Sam Houston is stealing all of the Southland love right now, but UT-A is right there with them. They have big games at TCU and at Oklahoma State coming up.
--Duquesne (6-3). OK, we know that they have lost three straight, but those teams were a combined 16-2 and two were on the road (at West VA, Pitt at home, at Drake). The efficiency numbers agree (top 40 offense and defense). Let's keep the Dukes on for now.
NEW BLIPS ON THE RADAR
--Dayton (7-1). Wins at Miami-OH, at Holy Cross, and at Louisville. That is some impressive road play.
--Drake (6-1). The schedule has been pretty soft, but the efficiency numbers LOVE The Drake (top 25 Off and Def).
LOST SIGNALS
--Seton Hall (7-2). Pirates have lost two of three, including one at Penn State.
--George Mason (7-3). Home losses to East Carolina will destroy your at-large cred. They also dropped one at Kent State recently.
--New Orleans (4-1). You cannot lose to Nicholls State (1-7, their only win) at home and stay on the radar.
--New Mexico (8-2). They failed their only two stiff tests at Mississippi and at New Mexico State.
Posted by Cort at 9:15 AM