Oh, Minnesota! Where Be Thy Hoopsters?

The Hoops Per Capita numbers show that Minnesota boasts just one DI hoops team. One team for over five million folks? What gives?

As mentioned a couple of days ago, other states with one team are in very low population states. It seems odd for a Big 6 school to have no in-state foil. The Lonely Gophers have no Creighton to their Nebraska, no Louisville to their Kentucky, no Nevada to their UNLV, no New Mexico State to their New Mexico. Further, they do not even have a "mid-major" to avoid and/or from which to demand two-home-games-for-a-neutral-site tilt in scheduling contracts: no Marshall to their West Virginia, no all-ten-other-Louisiana-schools to their LSU.

I do not have an answer here, but a question: is one hoops team enough for 5.3 million people? That ratio is twice as high as the next lowest state (Arizona) and 5.7 times higher than the national average.

Minnesotans: educate us.
Posted by Cort at 9:52 AM

What is the capitol of college basketball? Is it Tobacco Road? Or, with Indiana's resurgence, is it back in the Kentuckiana triangle? As a lifelong Kentuckian, I have long argued that the most passionate region for hoops in our fair nation lay in the rolling hills of the Bluegrass State. But, "depth of passion," like "love," proves difficult to measure. Philosophical and abstract arguments abound when trying to communicate such concepts.

So, how about "Hoops Per Capita?" That is, proportionally, which states have the most DI hoops? Interestingly, neither North Carolina or Kentucky made the top ten in this measure, immediately calling into question HPC's validity in answer questions about "passion." But, from an access standpoint, one could do worse than to look to our nation's capitol to find our hoops capitol. Could this be?

The case looks better than I first thought. That said, we must begin with a caveat: the census numbers get a little tricky here, because everyone knows that metropolitan Washington, DC, has far more than 600,000 people. Nevertheless, the case should be heard. There are four DI basketball teams in a very concentrated area. Washington, DC, houses a storied Big 6 representative (Georgetown), a sometimes excellent non-Big 6 rep (George Washington), and two teams that rely on hopes of winning their conference tourney every season (American and Howard). Each team plays in a different conference. None of the four play "big time/IA/FBS" football. Further, DC is designated as a district, not a state, so it is "neutral" ground by design (unlike Tobacco Road or the Bluegrass). And, per capita, it has the most hoops by a wide margin.

Are DC folks the most passionate about hoops? Probably not. Do they have access, diversity, neutrality (hey, Kentuckians and Carolinians can drive to DC in a day!), and non-football purity in their hoops environment? Hoya, yeah, they do.

Tomorrow's question: Oh, Minnesota! Where be Thy Hoopsters?!?!?!
Posted by Cort at 7:57 AM 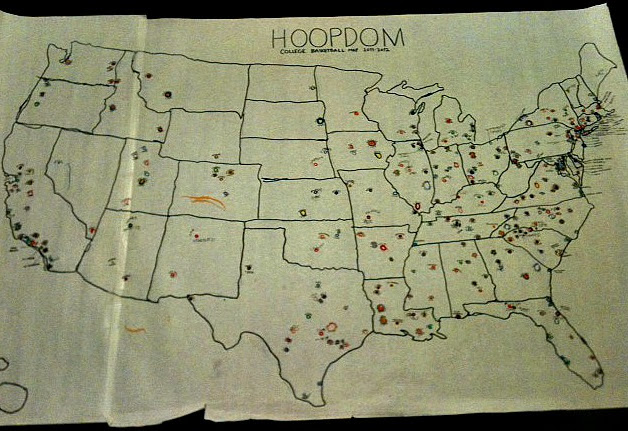 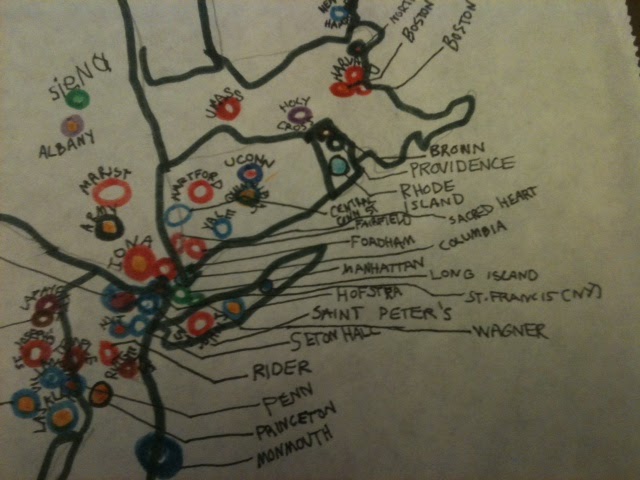 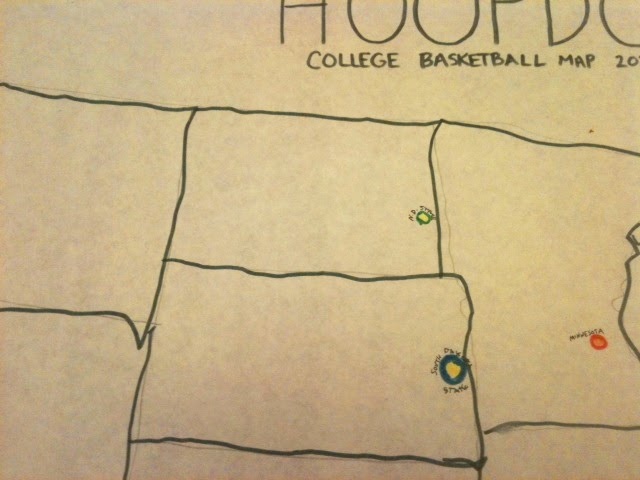 How last night's WKU win over Bowling Green looked from my seat in Diddle Arena via the 800 Games Project at the Mid-Majority.
Posted by Cort at 2:45 PM

My take on last nights' WKU-Murray State tilt via the Mid-Majority's 800 Games Project.
Posted by Cort at 11:07 AM