The Sun Belt has a new commissioner (Karl Benson) and a number of exiting members (Denver is gone this year and more to follow in coming years), but the song pretty much remains the same.

1. Middle Tennessee harbors some slim at-large hopes, but preseason darling North Texas has been one of the most disappointing teams in the country. Those two, along with re-emerging WKU and South Alabama, were supposed to provide some strength at the top. That has mostly held up, except that North Texas was supposed to be in the national conversation and they have underachieved. The other three have pretty much held to form.

3. MTSU is far and away the best performing team according to the efficiency ratings. Their offense grades out at #88 and their defense checks in at a sparkling #22. The Raiders have that special combo of forcing a ton of turnovers (#9 nationally in TO%forced) and preventing 3-point accuracy (#20 best). Their offense and defense are the most effective units in the league. No other unit in the Belt is in the Top 100.

4. However, I don't think MTSU will run away by multiple games in the East. WKU has been severely hampered by injuries and have still managed to go 4-0 in league including two road wins and a win over North Texas. MTSU plays North Texas at home tonight, so they will have to beat the underachieving, but very dangerous, Mean Green to keep pace with WKU.

The major questions include:

1. Will MTSU once again falter late in the season?

2. Will North Texas eventually gel their considerable talent (clearly the best in the league)?

3. Will standard-bearer WKU get healthy and continue their "just win, baby" streak (now 10-0 in their last ten Belt games)?

4. Is there a dark horse in the bunch? Best bets, for my money, are USA and Arkansas State.
Posted by Cort at 9:39 AM Links to this post

Snowy, cold weather cut out the Murray St-Valpo game in the Father-Son Hoops Extravaganza (FSHE), but we still got a fourth game in the books back home at WKU's Diddle Arena on Saturday night. My son turned six years old on December 27 and this was our first overnight basketball trip. We logged 420 miles in 48 hours taking in four college hoops games. This was a worthy cap to the experience.

North Texas has been one of the biggest disappointments in the country so far this season. Super-forward Tony Mitchell is a likely lottery pick and the Mean Green are stacked with big, athletic guards. But, Mitchell has been disappointing at best, and completely non-existent at times as first year coach Tony Benford has not found the best way to gel this team to this point. Nevertheless, UNT is the most talented team in the league, and they would have a very impressive stretch of hoops in the second half.

They would need that great stretch, because the home-standing Toppers were out of our minds from deep early on, making 5-6 threes in the first five minutes. TJ Price, laboring with a ankle injury, got back to his old self by making all four of his treys. Big, lanky seven-foot center Teeng Akol put up eight threes on the night, which sounds insane, but made 3-8 (37.5%). That’s 9 points on 8 shots. That’s equivalent to shooting 56.3% on 2-point shots. The Tops were 9-19 (47.4%) as a team with the longball and that makes the Big Red 18-40 in our last two games. The hot shooting helped build a sizable 15-point lead at one point.

But, the Mean Green would answer with a glimpse of what they could be, namely, the best team in the Sun Belt. They went on a huge run fueled by relentless attacking of the goal in transition that brought them all the way back and even managed to take a one-point lead in the second half. But, the WKU defense tightened the screws, sophomore F George Fant went to work, and then walk-on freshman guard Percy Blade drilled 6-6 free throws in the last two minutes to keep North Texas at bay for the 70-64 win.

North Texas faces Middle Tennessee on Monday (12/31) while WKU embarks on the Arkansas road swing (UALR and Arkansas State) later next week.
Posted by Cort at 9:01 PM Links to this post 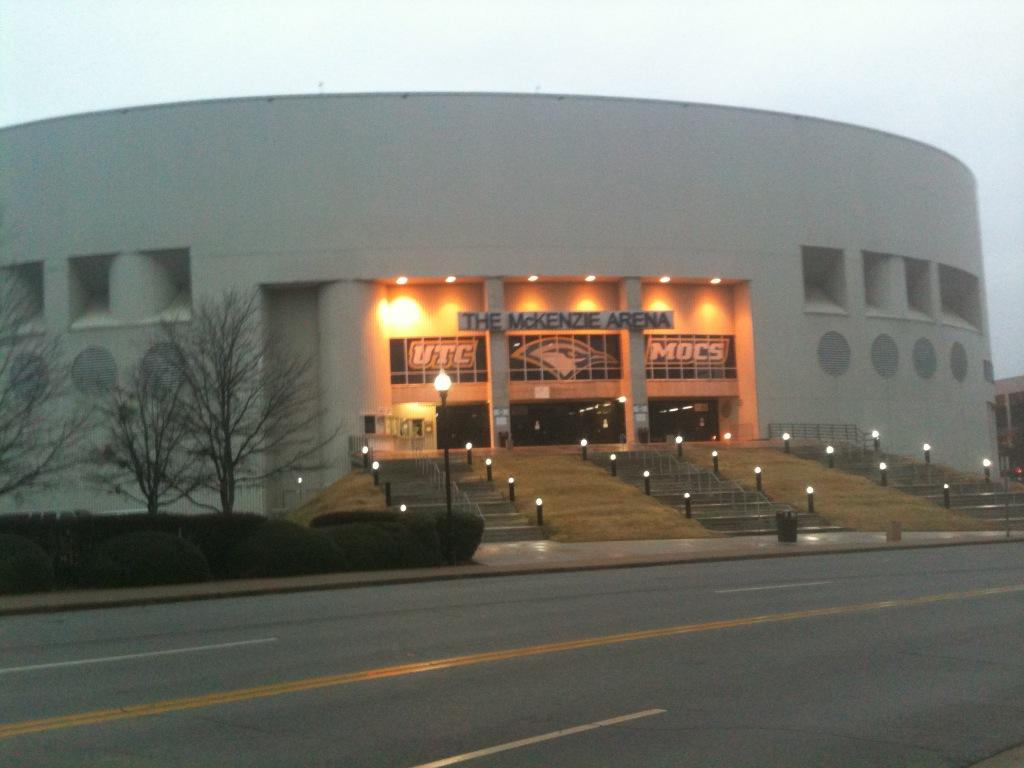 This is the first of five recaps in the Father/Son Hoops Extravaganza (FSHE). My son turned six years old yesterday, and we will be traveling to five games in just over 48 hours this weekend. Later today, we will be in Chattanooga for the Dr. Pepper Classic which includes Austin Peay/Utah Valley and High Point/Chattanooga.

We opened the FSHE with a "home" game in Diddle, as WKU hosted FIU. This was abnormal for a WKU game in that it would have to considered an "offensive" game. Frankly, WKU has not been productive enough on offense to win "offensive" games often. But, tonight was different on a number of levels.

The help came from excellent deep shooting (9-22, 41%). That’s the best shooting from deep all year for the Toppers who came in shooting a paltry 29.5% from Three. Sophomore G Kevin Kaspar and junior PG Brandon Harris combined for 7-12 from long range. That shooting also opened up some passing lanes for WKU's top offensive option, and they did a great job finding PF George Fant inside. Fant rolled up  24 points on 9-12 shooting and a perfect 6-6 free throws.

But, FIU stayed in contact for 3/4s of this game mainly through Malik Smith in the first half. Smith poured in four first half triples and many of those came bounding off screens and letting it fly. It was quite an exhibition and kept the game tied at 33 and the half. FIU also stayed close by winning the rebounding battle, gathering up 37% of their misses, while WKU managed just 28.5%. It would remain close until about 10 minutes remaining, when the WKU defense stiffened and held the Panthers to just 13 points in the last 10 minutes while the Toppers put in 25.

WKU got the expected win, but first year coach Richard Pitino (yes, Rick's son) has FIU looking much better than in past years. Their press is pretty effective, and they have some shooters. They have been in the Sun Belt East basement for years, but I'll be surprised if they finish there this season.
Posted by Cort at 9:36 AM Links to this post

To date, this was probably the best 40-minute effort of the season for WKU (definitely true offensively). Everything looks better when the 3’s go down and what you saw is what I’ve felt all season about the Hilltoppers. When the jumpers go, they are going to be very, very tough because WKU defends for 40 minutes. Topper head coach Ray Harper has been very patient with his young team's struggles to make threes, finish easy shots, poor free throw shooting, and stretches of not valuing the ball. However, he simply does not tolerate messing around on defense. If a player fails to rotate or close out on a shooter a couple of times, the pine awaits.

1. Defensive FG%: 36.4%, which is excellent. IUPUI 's Jordan Shanklin put on a good show from deep in his homecoming game (he played at Warren Central HS in Bowling Green, KY). Outside of that IUPUI struggled mightily to make shots. WKU shot 55.%.

Offensively, the Toppers have struggled mightily from deep at times, but found the range last night. (8-21 from 3, 38.1%;). However, if WKU is on your schedule, what you are truly beginning to fret about is a different and alarming trend over the last few games. Three games back gainst Troy, WKU shot 60% on 2-point shots. Then, on Wednesday against SIU, it was 56%. Last night against IUPUI, it was an absolutely scorching 21-31 (67.8%). That is Denver-at-home kind of stuff. If this WKU team converts 50% or more of its 2’s and can manage 33% from deep, WKU opponents have problems because the defense is stiff.

In other Belt news, Middle Tennessee took care of Ole Miss at home. This will largely be viewed as an upset in Hoopdom, but it wasn't. Based on efficiency ratings, MT was favored by one last night. Good win, though, and the Blue Raiders have to be considered the Sun Belt favorite at this stage.

Arkansas State and North Texas also picked up wins last night as the Belt went 4-3 as a league.
Posted by Cort at 6:55 AM Links to this post

Until there are enough results to put together a bracket that means anything, this space will be filled by reports from WKU basketball games. There are a few non-conference games left, and I hope to poke around the tempo-free stats and write from that perspective a bit over the next month or so. That might continue until March even during bracket season. We'll see. At any rate, with the semester coming to an end this week, my work responsibilities will be much lighter in December and January. So, there will be more activity here starting very soon, and probably starting tonight as WKU takes on IUPUI in just minutes.

Otherwise, we are just a couple of weeks away from brackets and Lockboxes.

Posted by Cort at 2:24 PM Links to this post